UCLA – The University of California at Los Angeles 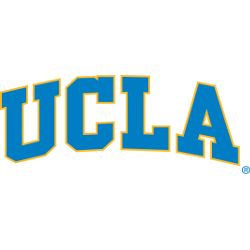 UCLA ranks 15th in the ranking of world universities by education, 13th in reputation and 1th among US state universities (The Times Higher Education World University Rankings, 2017–2018).

Among the graduates, teachers and scientists of UCLA are 26 Nobel laureates. Based on the technologies developed at the university, more than 140 successful companies have been created.

On the account of students and staff of UCLA 261 Olympic medal. Since 1932, university students won a gold medal at every Olympics in which the United States participated.

No. 1 among US state universities (The Times Higher Education World University Rankings, 2018).26 Nobel Prize winners among graduates, teachers and scientists

In 2018, Forbes characterized UCLA as the No. 1 educational institution in combining high quality education with tuition fees, including scholarship supportUS News & World Report rated UCLA as US State University No. 1Among current teachers, 55 were elected to the National Academy of Sciences, 28 to the National Academy of Engineering, 39 to the Institute of Medicine, and 124 to the American Academy of Arts and Sciences.Father of the Internet, Vinton Cerf, who developed the TCP / IP Internet Protocol, Tom Anderson, who created Myspace, Susan Wojcicki, who took over as YouTube CEO, come from University of California Los AngelesThe opportunity to study on campus, which has become the film set of acclaimed Hollywood paintings1st place in the world ranking of master’s programs in the specialty “mathematical analysis” and 2nd place – “logic”, “applied mathematics”, “psychology”The teaching staff of UCLA includes six Nobel Prize winners.

Get more information on UC LA at : www.ucla.edu

Registered® and Copyright© | All Rights Reserved